Providence 12 ore fa
It's a shame this comes down to who's got a faster boat, because that's not sportsmanship. In the case of sailing and comparing skill and teams they never get aligned to compare them. It is never about who has the better skill or who's dedicated and honed their abilities and decisions down to split second timing, but rather at this level of professionalism it always comes down to the boat and who's got a faster boat. Frankly watching this final was fucking boring.

Stuart Crane Giorno fa
Prada can sail 10 degrees higher upwind and 10 degrees lower downwind. Thats enough to give them a massive advantage. The presenters have not said a dam thing about what is an huge advantage

rcpmac 2 giorni fa
Congrats to LR- only sorry the boats weren't a bit more speed matched. I'd love to know more about boat and rig variations between the 2 boats. Not saying it's all boat speed LR did a fabulous job!!!

Fab 3 giorni fa
At the beginning the commentators did not understand what Luna ROssa wanted to do : they called it "Little kill". And that it was (from start to 16:10)

Jonathan Buck 3 giorni fa
.....congrats to the Luna Rossa team, perhaps if the Ineos team had more time to prepare and practice here in NZ the race may well had a different outcome. C'mon Kiwi.

gigino gigetto 3 giorni fa
it was a fair and spectacular competition. the final score does not tell the whole truth, in fact it was not at all easy to prevail over a team like ineos, combative and never tame as it should be. A different consideration is the one regarding English newspapers and media, which, as we know, have never been too fond of us Italians. I think they have missed a great opportunity to avoid proving that under a veil of fair play they hide the usual arrogance. luckily the english sailing fans are much better than their press, and they must be proud of ineos' performance. there is no dishonor in defeat if you compete as best you can and above all with loyalty. forza luna rossa, grande italia and respect for ineos.

Ana Carpenter 4 giorni fa
Living in New Zealand watching these yachts sail our waters, awe is captivating. Every race we've viewed for several years, makes being a New Zealander, feel proud, especially being part of this highly competitive sport. The spectators supporting these gentlemen hurtling through the designated area with precision, bravo. A huge gasp relief, for ingenious maneuvers. Best of luck to the winner. Cu Kia kaha arohanui Ana

Victor V. 4 giorni fa
Yoo - Hoo... Canada where are you? Why is Canada not in the races? Must be a Chinada party lockdown?

Albi B 4 giorni fa
I Agree.

Eduardo Rosales A 4 giorni fa
Congrats to Team Luna Rossa, but also to Team Ineos. Not forgetting Team America Magic. We the public are the winners for being able to watch the best of sailing, so the commentators team also congrats.

Davide Agosti 4 giorni fa
Shall Luna Rossa beat Team New Zealand?...it will be a tough task I guess....but will prevail!

Davide Agosti 4 giorni fa
Ineos has been given one race to win as a gadget...wwoooooohhoooooo!!

Gianluca Grillo 4 giorni fa
Beating a great team, will make you the greatest. So, honor to UK and, NZFE we’re coming!

Stefano Olgiati 4 giorni fa
The 60M$ boat just kicked out BOTH the 110+M$ boats out of the game.

Chihiro33333 4 giorni fa
I wish I were a fly on the wall of the NZ teams planning room... Are they calm and assertive, or are they completely stressed out over Luna Rossa’s superiority in the finals?

BonuxCouleur 5 giorni fa
Mumm is not pronounce like 'mum' it is pronounced like moon except with a m at the end: moom. Congrats Luna Rossa, incredible final.

BonuxCouleur 5 giorni fa
Considering the budget, I would not say the major difference between Ineos and Luna Rossa is the R&D. Ineos has by far the largest budget of all teams. Luna Rossa may have the best engineers, their yacht appear to be slightly faster in light to medium wind conditions but the difference in top speed was not as massive as the difference in speed during tacking. The major difference to me really was the tactics and overall sailing. Jimmy Spithill taught a lesson to Ben Ainslie at every start of the race. Forget the knighthood, forget the Olympic titles, the best navigator was Spithill, every decision he (and tactician Vascotto) made proved to be perfectly executed and the team only got better race after race, you got to give them credit. Then there is the coach Philippe Presti working in the shadow which contribution has been brought forward by Spithill himself, then there is the choice Luna Rossa went for: 2x skippers and 8x grinders if I am not mistaken versus 6x grinders for Ineos. On the tack Luna Rossa has been the best team faster even than Team New Zealand. At the end of the day, boat for boat it is reasonably close, the difference really is human. Ineos Team UK - US$ 154,000,000 American Magic - US$130,000,000 Luna Rossa - US$ 115,000,000

NSG clan 5 giorni fa
Why did uk splash water at lunarossa? I think they were trying to cheat

Attilio Bruno Simonassi 5 giorni fa
There is no tripe for cats.........

Luc Desaulniers 5 giorni fa
Wow, what a change in boat tech since the last AC !

Nexus Seven 5 giorni fa
Let's take the AC back to the ol' Europe!

Paul Bailey 5 giorni fa
The format of the races needs to be changed where the lead boat doesn't control the race. For the last several races, I only watched until the first mark. After that,the race is over. Back in the day, the downwind run with spinakers, the trailing boat could effect the lead boat. That doesn't exist anymore. I have no interest in going back in seeing boats bobbing around the course at 7.5kts, technology should rule the day. But the ravenous be more than one mark. If there are not changes, this will be my last AC. Lets see how much money they can make if the only spectators are the teams and their families. As for the Italians, you don't have nothing for NZ. And remember, Spithill is not Italian. The cup is setup so the defenders and the COR have the advantage. As for INEOS and Mr BREXIT, back to the UK for you. Its only been 107 years since a win. At least your team is made up of Brits.

Hannah Wardle 5 giorni fa
So disappointed to see INEOS out but Luna Rossa, you pulled a spotless set of races there. An excellent team and excellent boat - I can't wait to see you take on team NZ, it's going to be so exciting! Congrats team LR, a well-deserved win.

Frank Dunne 5 giorni fa
The last race in the Prada Cup - Wow! what sailing race rules do they use? The Italian boat luffed up illegally to try and stop the British boat trying to make a port start, brilliant! so why weren't the Italian boat disqualified, or told to take a 360 penalty? And then the Italian boat was over the line too early, so why weren't they required to recross the start line to start properly? Or have the rules changed since I was winning yacht races in Plymouth, UK, or are the rules on sailing wings a load of crap, and don't endear us normal yacht sailors to a bunch of rich bastards! I'm giving up watching this crap - Come on the All Blacks, but let's remember Peter Blake who sailed and raced genuine yachts - my true hero.

Sol Invictus 4 giorni fa
@Frank Dunne What part of "rules are changed" you didn't get?

Frank Dunne 4 giorni fa
@Sol Invictus Well if I had been the race officer I'd had given the penalty to the Italians on the basis that I once won a protest on the same basis under the international racing rules. And furthermore if you're over the line before the start you haven't started, and you need to do it properly by crossing the line after the start signal whatever that is in this particular America's circus. It applies to us normal yacht racers and virtually every other sport where there is a timed start. Frank, very disgruntled!

Michele Barbieri 5 giorni fa
Either you are blind, or an hypocrit (but never like an italian, of course...), or don't really know the rules, or eventually - you have arterial problems.

Sol Invictus 5 giorni fa
Rules changed and actually the port/starboard penalty was to be given to Ineos.

Sandro Sossi 5 giorni fa
Really boring format. You should bring back to the boats used to race in the 90s. That was amazing heroic sailing

jjgomiz 5 giorni fa
Amazing Luna Rossa. Spithill&Bruni, outsiders. I hope the 2025 Americas Cup will be in the Mediterranean Sea. Thanks Ineos and American Magic, you are also greats ¡

marco385 5 giorni fa
The white flag with the red cross and the four black heads represent Sardinia. Luna Rossa is based in Cagliari, the capital of Sardinia

Alan Davis 5 giorni fa
Well done...they've managed to make the Americas cup as pointless as Formula 1....too much tech, too fast, tiny differences in top performance kill any chance of a real fight. Everyones harping on about silly top speeds, but nobody seems to have noticed these things just aren't boats any longer. Bring back monohull keelboats...in the water!

Michele Barbieri 5 giorni fa
I understand you. Keelboats were more spactacular, but with them too at a certain moment you could switch off and go to bed.

Gee Em 5 giorni fa
Superb, superb,superb . LR had the better package . HAts off to ineos for really giving their all.

Roberto R. 5 giorni fa
As an Italian, I am very proud of what the team Prada Pirelli has achieved. Great race, great victory but mostly great and worthy opponents! The only shame, in my personal opinion, was the unprofessional commentary, very biased against Luna Rossa in a way that spoiled an honest and respectful competition (at the end they even had to apologize as they realized they went way over the line). Big respect goes to team Ineos Britannia, those guys fought like lions and deserve all the admiration. I wish them to come back even stronger for another fantastic race in the future! Our victory is as great as our opponents!!!

Patrizio Mezzetti 5 giorni fa
BRAVA LUNA ROSSA A great performance of the Italian boat, a dull performance of the English boat ... ... if it is true that a project emerges for cleanliness, simplicity and precision in all its parts, the crew of Luna was able to INTERPRET the boat managing to get in tune with it ... ... all the tensions and quite out of line attitudes between the two finalist crews, is dispelled by the applause among the crews. Better this way, fans around the world want this. Greetings to all the Luna Rossa and Britannia team who will be invited to perform next summer in the waters of Palermo ... thanks to everyone and in particular to Patrizio Bertelli.

Carlo Aversano 5 giorni fa
Honor to Ineos. Too hard for them in this wind conditions. Very happy for Luna but it’s just the first step. 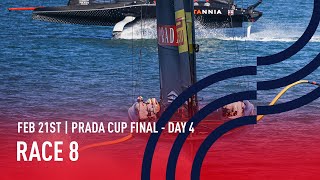 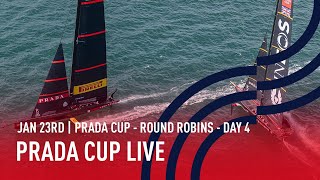 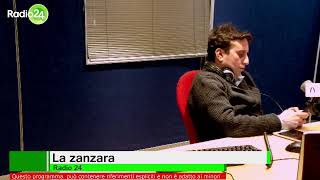 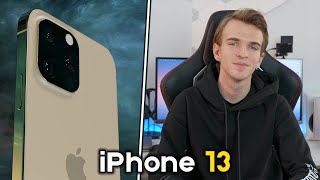 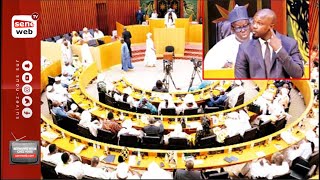 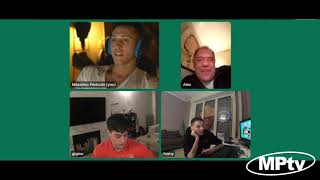 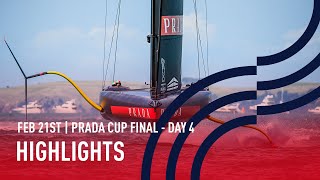 1:25
Curva Sud in Milanello to support Milan in view of the derby against Inter
Milan Scout
visualizzazioni 34K